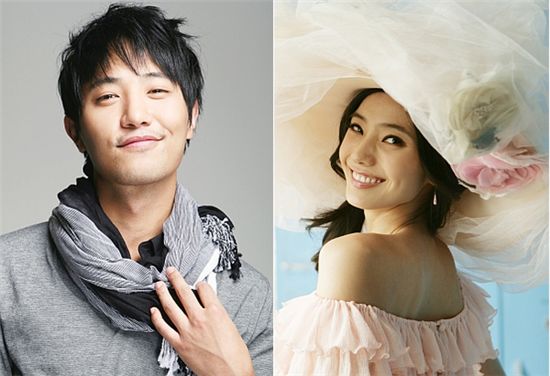 On February 8, the actress uploaded photos on her Weibo page with a short caption in English, “Jingoo and I. In the drama we are broken off couple… But in real life, we’re still good friends!! We’re having so much fun shooting together!!”

The revealed pictures are still cuts from the KBS2 Monday and Tuesday drama, “Ad Genius Lee Tae Baek.” In the photo on the left, Han Chae Young shows off her flawless body and beauty wearing tight leather leggings while flashing a victory sign while Jin Goo makes funny facial expressions for the camera.

The other picture shows the stars close friendship between the two with Han Chae Young lightly embracing Jin Goo.

The drama “Ad Genius Lee Tae Baek“ is based on a true story that shows the lives and love stories of people in the advertisement industry.