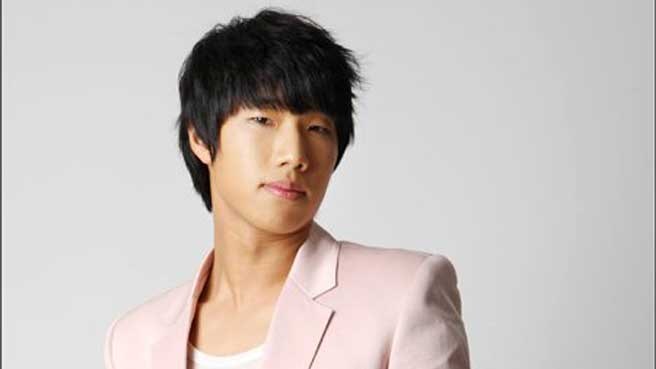 Male group SG Wannabe‘s Kim Jin Ho who is currently preparing to come back on a stage as a solo singer revealed his latest photos.

On February 11, a photo was uploaded on an online site with the title, Kim Jin Ho’s latest handsome photos.” In one of the two pictures, the singer is playing a organ earnestly and in the other picture, he is seen posing for the camera pretending to play the organ while making playful facial expressions.

The singer is known to be very serious when on stage, however, in this picture, the good looking young singer looks cheerful and bright.

Netizens and fans are looking forward to seeing Kim Jin Ho in the spotlight and left comments such as, “I have never seen him being so playful,” “I like his handsome look,” “I can’t wait for his solo album” and “He’s got a good looking face!”

On February 14, Kim Jin Ho will be releasing his first official solo album in nine years, titled, “Today- I want to join your loneliness.” The singer will hold his first solo concert titled “Today” on February 16 and 17 at the Seoul Olympic Park Woori Finance Art Hall.

Kim Jin Ho
Today- I want to join your loneliness
How does this article make you feel?