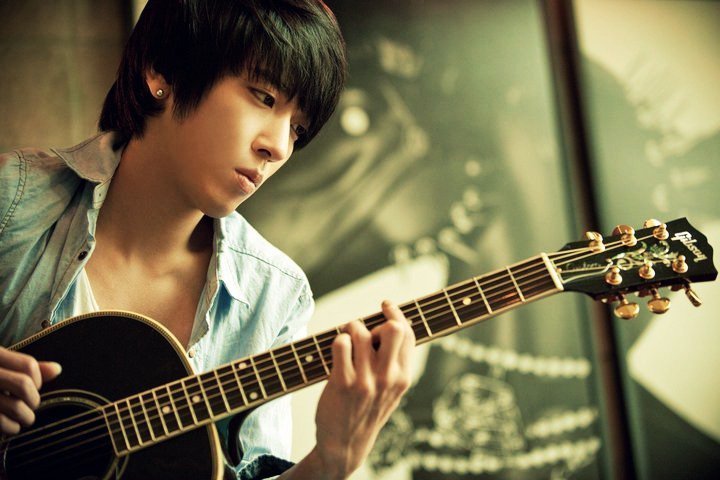 Jung Yong Hwa: “I Am the Best Actor in CNBlue”

CNBlue‘s guitarist and vocalist Jung Yong Hwa displayed his confidence in his abilities. He and the other three members of the pop-rock band all together made a guest appearance on the tvN talk show, “Taxi,” where he declared himself the best actor out of CNBlue.

The show’s host, Ji Sang Ryul put forward the question, “Who is the best actor among you?” Jung Yong Hwa immediately answered, “I am!” without hesitation, showing off the pride of being the oldest and the first to go into acting.

All CNBlue members have transformed into actors, with youngest member, bassist Lee Jung Shin being the last one to take up the challenge. Lee Jung Shin is currently starring in the KBS weekend drama “My Daughter Seo Young.” He has begun to be recognized as a familiar face to older ladies on account of the success of “My Daughter Seo Young” hitting almost 50% in the weekly ratings. Drummer Kang Min Hyuk has also achieved a similar success, starring as Kim Nam Joo‘s brother on an earlier KBS weekend drama, “You Rolled in Unexpectedly.” Although he has acted before, guitarist and vocalist Lee Jong Hyun made his series debut as Jang Dong Gun‘s son on the 2012 SBS weekend drama “A Gentleman’s Dignity.”

The other members’ dramas did well in the ratings, which caused everyone to tease the CNBlue leader.

“That’s the difference between a weekend drama and a prime-time series,” Jung Yong Hwa laughingly replied.

CNBlue is currently promoting their title track “I’m Sorry,” from their fourth mini-album “Re:BLUE.” The band is also gearing up for a world tour.