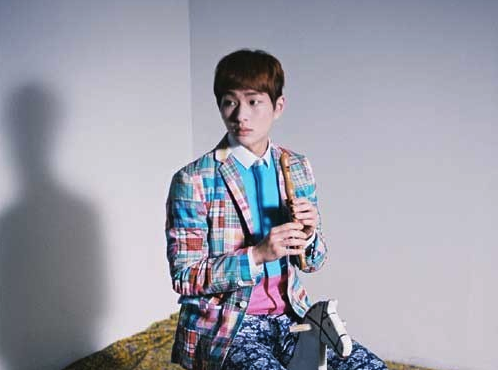 Onew was the final member among the five to have his teaser photos released on SHINee’s official website, Twitter, Facebook and Weibo accounts. In the photos, Onew is dressed in various colorful plaids and patterns while sitting on a wooden horse, striking a thoughtful pose or clutching what appears to be a curtain of patterned squares that might serve to represent literally a “dream.”

On February 10, MBC aired a special program titled “SHINee’s Wonderful Day” which provided exclusive footage and recaps of the trips each member made to different countries such as Thailand, Great Britain, Japan and Switzerland.

Since all of the footage wasn’t able to fit into a single program broadcast, the rest of the film capturing SHINee’s trips abroad will be broadcast on cable channel MBC Music into ten separate episodes and air starting February 12.

SHINee’s title track “Dream Girl” will be made available for download on iTunes starting February 19.

SHINee
Onew
Dream Girl
How does this article make you feel?