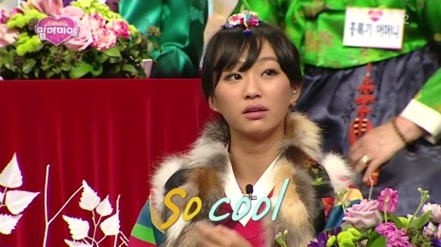 SISTAR’s Hyorin Calmly Admits that She Had Double Eyelid Surgery

When her picture was released, comedian Hong Rok Gi stated, “Why is it that you resembled me so much when you were young? And I guess your eyes were much smaller.”

To this, Hyorin replied calmly without hesitation, “That’s because I had a double eyelid surgery.” Hong Rok Gi then added, “Well, we both have cute faces.”

Fans that saw this episode commented, “Hyorin is really cool,” “Well, the surgery result turned out great so I guess that is the main point,” “I think she looks cute both before and after the surgery.”