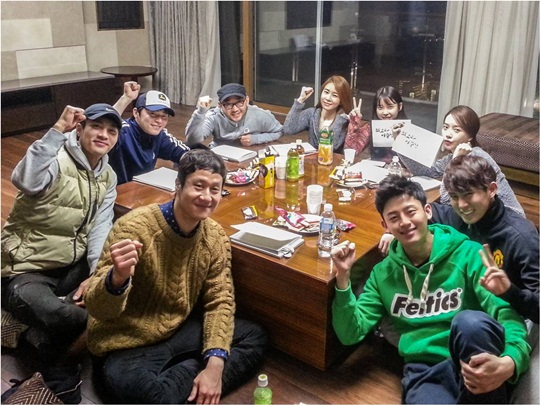 IU, Jo Jung Suk, Yoo In Na, and the rest of the cast of “The Best Lee Soon Shin” came together for a workshop to prepare for the upcoming drama.

On February 8, the cast and crew of the KBS weekend drama spent one night and days at a resort in Gangwon Province. The script reading workshop allowed the cast to practice reading the script and develop chemistry in a secluded setting. The comfortable atmosphere and director Yoon Sung Shik’s guidance also made it so that the actors could be more immersed in their characters

A representative of AStory said, “I was impressed with the actor’s dedication in spending their Lunar New Year holiday at the workshop. With their youthful compatibility they showed great energy and enthusiasm during the workshop. We are excited to start filming.”

The workshop not only had script reading but plenty of fun and games. They formed teams and had a traditional new year’s game competition, in which IU scored many points and led her team to victory. The cast and crew also built their teamwork with some casual drinking after the games.

“The Best Lee Soon Shin” will air on March 9.