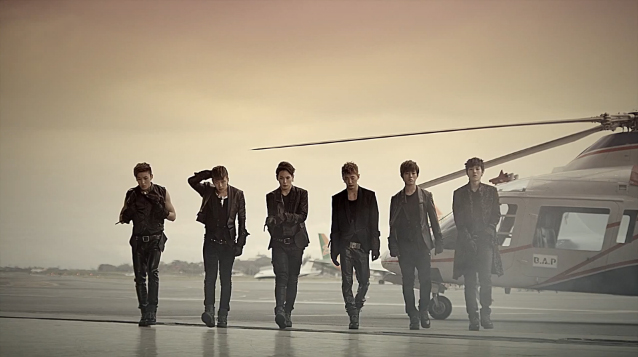 Last year’s busiest rookie group B.A.P makes their comeback this week with their second mini album “One Shot” and have now released their music video today on YouTube.

This time, they comeback with a high class gangster concept.

It has been reported that about 1 million USD was spent on the creation of this music video. For the grand scale of their comeback, they filmed in various overseas locations and shot about 100 hours of footage. Ending with a seven minute long drama music video, the ending had quite a twist to it.

Along with their comeback, the group will hold their first solo concert “B.A.P Live on Earth Seoul” on February 23 and 24 in Seoul.