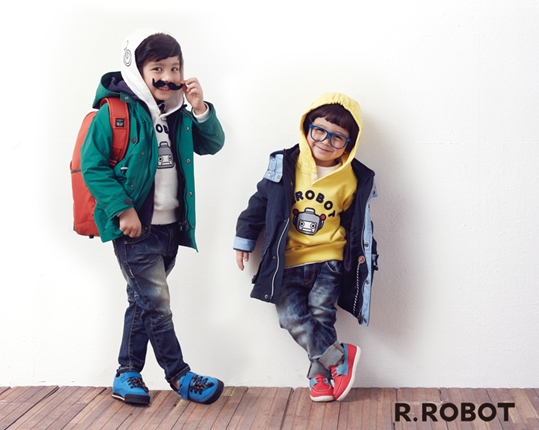 The ever so adorable Moon brothers had a photo shoot as a models for the children’s clothing brand.

Mason (age seven) and his younger brother Maden (age four) stood side by side to model for the spring catalog of the fashionably chic “R.Robot.” R.Robot is London street inspired casual clothing brand for children from age four. Mason has been been R.Robot since 2012 but this year he is joined by his younger brother.

A representative of R.Robot said, “Although Mason is just seven years old, during the photo shoot he was a dependable older brother by taking care of his younger brother. For Maden, who loves robots, Mason wore the robot sweater with a vintage denim backpack and play-pretended to go to school. Their cuteness won over the staff members.”