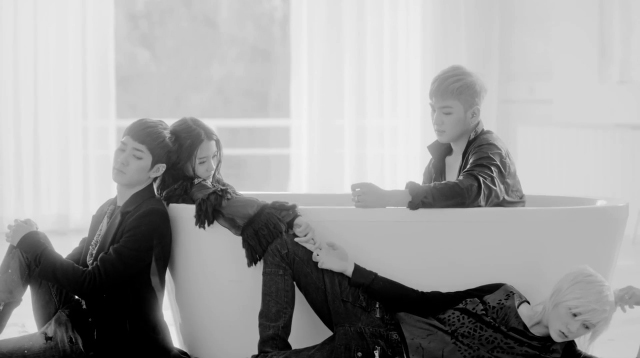 With the release of their new mini album set for tomorrow February 13, boy group NU’EST has revealed a second teaser for their title track “Hello.”

The first teaser video was just released a few days ago. The music video will feature actress Nam Bora, who was seen kissing group member JR in other teaser pictures.

The song is about a person who catches his girlfriend cheating on him with another guy. The lyrics express his fear and his efforts to seem indifferent.

The group also released their CSI (Coming Soon Interview) for their comeback. Subtitled in English, they introduce their song and talk about completing their music video filming.

NU'EST
KPLG
Nam Bora
CSI
How does this article make you feel?