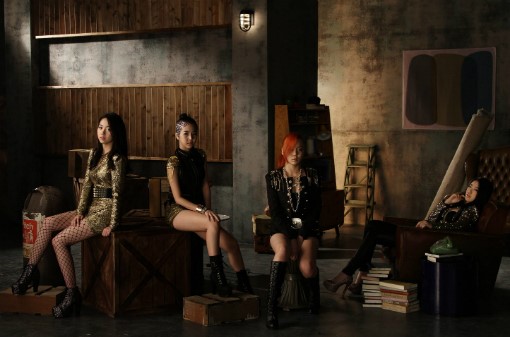 Purplay is a group that recently debuted on February 7. The four member girl group revealed how their leader’s name was created. Purplay’s leader is currently using the name “Woo Mi.” The funny thing is, “Woo Mi” is actually named after the first love of Purplay’s agency’s CEO.

Woo Mi stated, “One day the CEO of our agency gave me a text message and said ‘From this day forward you are Woo Mi.’ I later found out that Woo Mi was the name of our agency CEO’s first love. I realized the amount of interest and expectations he has of me.”

The other members Ji Yo and Seol Ha were given their names by the agency. Eepel was named by the leader of the group Woo Mi.

Eepel stated, “Woo Mi said that Eepel is a name she thought about for a while. The meaning of it is ‘A word that connects pures sounds.’ I am very thankful to Woo Mi for giving me such a beautiful name.”