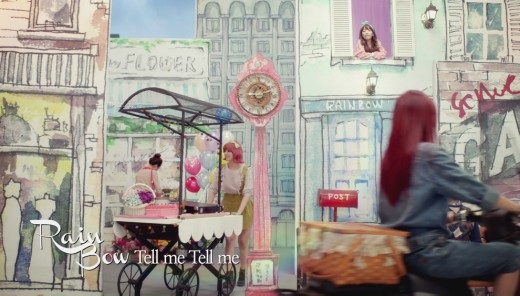 Rainbow Releases Teaser for New Single “Tell Me Tell Me”

On February 13 the full music video of “Tell Me Tell Me” will be revealed and so will the songs from the album. The teaser shows the Rainbow members each preparing for Valentine’s Day in their own way. They are shown putting up makeup, writing a letter, or making chocolate. The music video is based in “Rainbow Street” and it will show the different episodes that happen to each member.

Rainbow
KPLG
Tell Me Tell Me
How does this article make you feel?