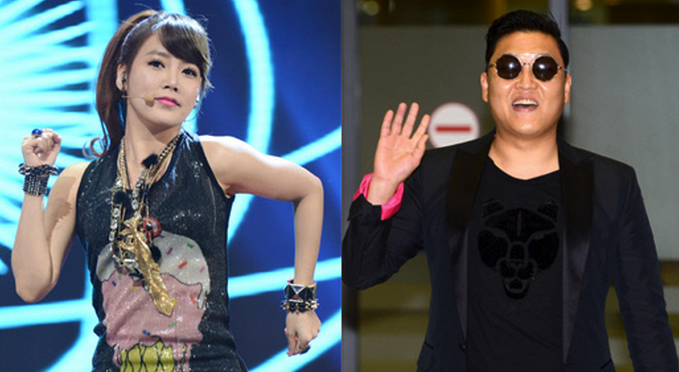 T-ara’s Soyeon Wants to Film “We Got Married” With PSY?

T-ara‘s Soyeon recently revealed that she would pick PSY if she were to appear on “We Got Married.”

On the latest broadcast of MBC‘s “All the K-Pop,” all the stars were asked whom they would pick to be a wedded couple with for “We Got Married” if they were cast.

T-ara’s Soyeon picked PSY and explained, “With PSY’s wealth and popularity, I’m sure I would have a comfortable life” causing everyone to laugh.

Infinite‘s Hoya said he would pick Kan Mi Youn and revealed that he had been a fan of hers for quite some time before his debut. In addition, Moon Hee Joon picked SISTAR‘s Bora and Danny Ahn picked SISTAR’s Dasom.

Idols stars and their partner picks for “We Got Married” will be aired on February 12 through “All the K-Pop.”