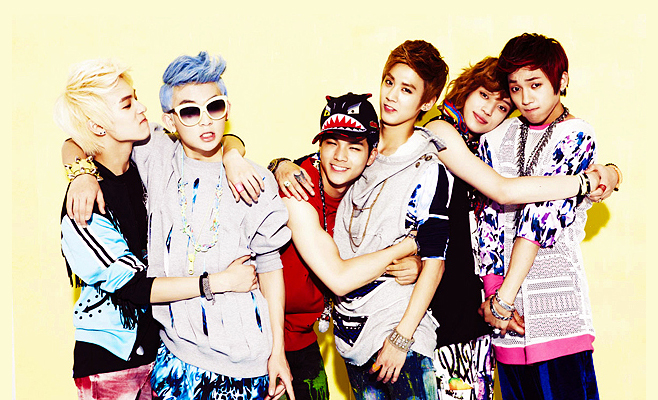 Teen Top successfully wrapped up their European tour concert series of 10 days. Their performance in Frances at Le Trianon especially surprised local music and performing arts experts with the most vibration and highest noise level since the establishment was founded. Previously, many internationally renowned pop stars like Rihanna hosted their concerts at Le Trianon.

The local hosting production company in France commented, “Due to the vibration from the audience jumping up and down with Teen Top during the concert, all staff members had to hold on to the facilities throughout the concert.” Local fans lined up in front of Le Trianon from the night before the concert. Their excitement was overwhelming to the point where several stores in the area complained about noise and orderliness.

A different representative from the production company stated, “Since it was a standing concert, people kept pushing to the front. A person got injured in the beginning of the concert and had to be carried out. I was surprised to see so many fans gathered to see them, because they are an idol group performing independently.”

A representative of the hosting production company in Spain, which was Teen Top’s last destination in their European tour, also commented on the loud cheers of the audience at Teen Top’s concert. This representative mentioned that “Teen Top’s concert was louder than a heavy-metal concert.” Throughout their European tour, Teen Top was praised highly by local fans and media, “Everyone was highly impressed by the songs and perfectly synchronized choreography of a Korean idol group.”

After the last show in Spain on February 10, members of Teen Top thanked the fans. They said, “The curtains of our European tour just came down. Did you have fun? It was such a happy and memorable time for us! We will never forget about this. We hope to see you guys soon in the near future. We love you all.”

Teen Top started their European tour series “TEEN TOP SHOW! Live Tour in Europe 2013” on February 2 in Munich, Germany. They continued the tour in Dortmund in Germany, London in England, Paris in France, and had their grand finale in Barcelona, Spain on February 10. Teen Top returned to Korea on February 12. They will be releasing “I Wanna Love” from the upcoming first regular album on February 15.

Rihanna
Teen Top
I Wanna Love
TEEN TOP SHOW! Live Tour in Europe 2013
How does this article make you feel?