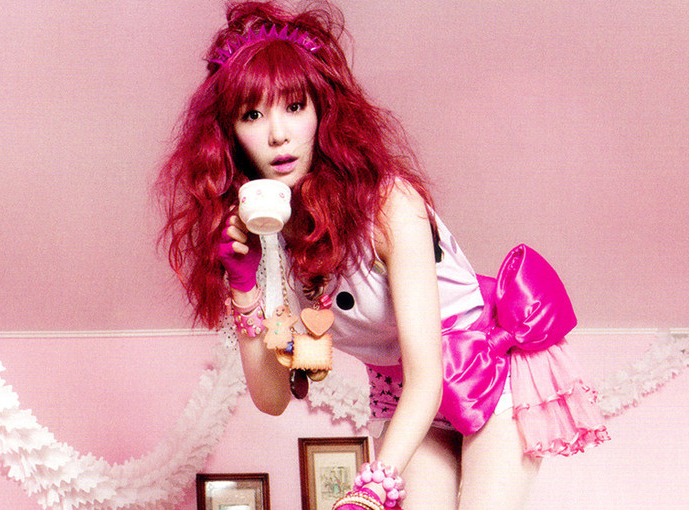 On February 12, Girls’ Generation‘s Tiffany began sharing her story on “Strong Heart” with the header for her story that said, “I think the time has finally arrived for Girls’ Generation to fight to keep their girly image alive.”

Tiffany began by saying, “Everyone recognizes us as Girls’ Generation, but we’ve already been told that we should stop using the word ‘girl’ already. While I was performing with TaeTiSeo, we had the opportunity to meet many other girl groups. While other girl groups performed, we could clearly see the reaction of audience members. However whenever we came on stage, we felt that they sort of watched us quietly out of respect.” Tiffany protested, “We’re still girls and we’re still cute!”

Sometime during the show in response to a question posed by Shin Dong Yeob, Rainbow‘s Jisook stated “Because [Girls’ Generation] is a super senior” which made the rest of the Girls’ Generation members appear to feel a little burdened by that statement.

Girls' Generation
Tiffany
KPLG
How does this article make you feel?