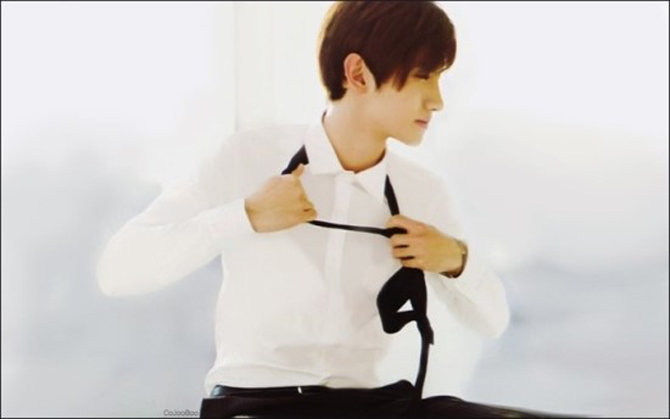 On the February 12 episode of “Moonlight Prince” the cast members were talking on topic of the famous manga “Slam Dunk.” During the discussion, Changmin pointed out a particular character. “I think shooter Shin Joon Sub is interesting. I emphasize with the character who overcame his poor physique through practice.”

In “Slam Dunk” Shin Joon Sub is a character who practices shooting the basket 500 times a day, despite having a difficult life. Changmin sympathized with the character who is known for his hard work rather than natural talent.

It was also pointed out that the character resembled the singer. The big eyes, sharp chin, and ears draw resembles between the two.

Netizens who saw the resemblance commented, “So it’s true that Changmin really did some out of a manga”, “It’s like they drew Changmin”, and “The appearance and the personality are really similar.”