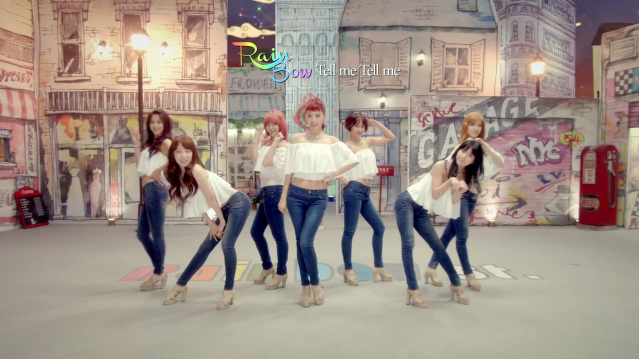 After first announcing their comeback two weeks ago with a sexy group photo, girl group Rainbow has now released their music video for “Tell Me Tell Me.”

The music video shows the group performing on a playful “Rainbow Street.” In their individual scenes, the girls are seen getting ready for a date.

The song is the title track for their first official album “Rainbow Syndrome – Part.1,” which was revealed on February 12. There is a lot of excitement for the group as it has been one year and eight months since their last Korean music release.

Rainbow
KPLG
How does this article make you feel?