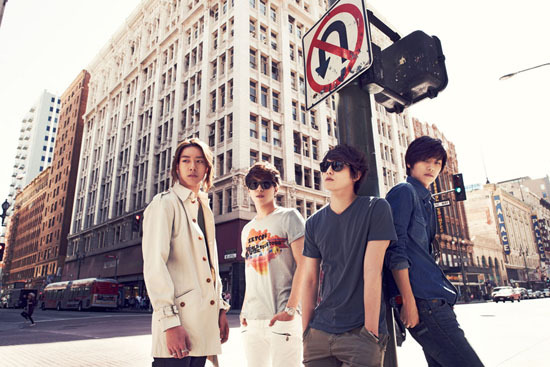 CN Blue and Crying Nut are currently caught up in a legal battle because of copyrights. Crying Nut’s agency brought a $40,000 lawsuit against CN Blue claiming that they have infringed on their copyrights.

A representative of CN Blue’s Entertainment agency FNC Entertainment stated, “The production team of ‘M Countdown’ asked CN Blue to sing ‘Deadly Offside.’ The production team had stated that they would provide the background music for the song. They wanted CN Blue to sing it because the 2010 South African World Cup was going on. At the time CN Blue was a rookie group and they could not say no.

The representative added, “Of course we thought the music source was just background music and CN Blue performed for ‘M Countdown.’ The DVD in question was also released by a broadcasting company that had the rights to the performance. The DVD itself was created without any authorization from CN Blue. We are also victims in this situation.”

Well it looks like this is the second time CN Blue is having legal problems because of copyrights. (Last time it was with the 2010 debut song “I’m a Loner”) Stay tuned to Soompi.com for more details regarding this lawsuit!

Crying Nut
KPLG
Cn Blue
How does this article make you feel?