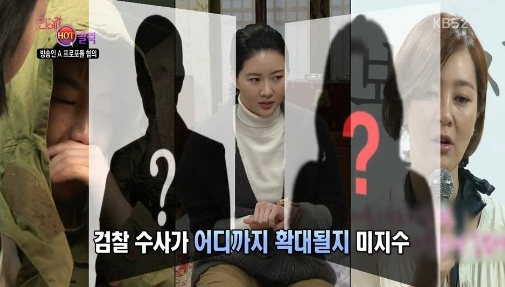 Seoul District Central Prosecutor’s Office has been diligently working on the case last month by investigating Lee Seung Yeon, Jang Mi In Ae and Hyun Young. Numerous netizens are questioning why Hyun Young’s name has only been released now and why she’s not included in most of the media’s news headlines recently- only Park Shi Yeon.

During the investigation, the prosecution office believes there’s a high possibility that the celebrities mentioned knew they were being injected with propofol and stated on February 13, “It’s highly possible that they intentionally injected the substance as a means to stay beautiful like their other treatments like skin and hair treatment since they are celebrities.”

Meanwhile, Park Shi Yeon’s agency stated later on February 13, “It’s true that Park Shi Yeon consistently received treatment for her side pains and the doctor prescribed other treatment methods. However, it’s difficult to know if injecting propofol is one of those methods. Her intentionally being injected with propofol is far from the truth.”

The agency continued, “Park Shi Yeon has continuously filmed action scenes from 2008’s ‘Marine Boy’ and “Dachimawa Lee’ so she injured her hip. Since then, she’s been in constant pain and has received surgery and continues to take on projects despite the pain. However, Park Shi Yeon felt extreme pain and in 2009, had to leave as a fixed guest on ‘Family Outing.’ Afterwards, out of worry regarding her female actress image, Park Shi Yeon quietly and consistently received treatment for her side pains.”