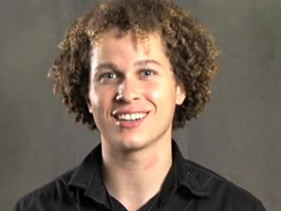 Singer Christ Golightly, who was a contestant on “Superstar K3,” appears to be currently dating a Korean woman.

An acquaintance of Chris revealed to eNEWS via phone call, “Chris is madly in love with a Korean woman. They are spending a lot of time together.”

This news was confirmed by Chris’s Facebook page, where he has changed his status to “being in a relationship.” The woman in question has also noted on her Facebook that she is dating Chris Golightly.

Chris’s acquaintance added, “I believe Chris and his girlfriend are having a great time together and so I hope people will not judge them unfairly.”

Meanwhile, Chris Golightly was accused of sexually assaulting Korean female fans in April 2012. In addition to another incident of physically assaulting a Korean woman on a street, he was also sued by his ex-girlfriend for fraud and threatening her.

Recently, Chris Golightly has sued the popular U.S. show “American Idol” along with several other past contestants for racial discrimination.