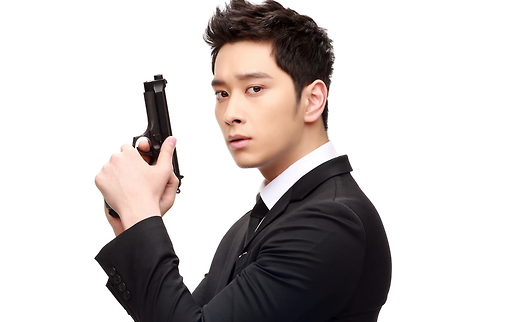 On February 13, Chansung celebrated his 23rd birthday with 10,000 fans at 2PM‘s Budokan concert.

Following his performance at the “2PM ARENA TOUR 2013 Legend of 2PM,” Chansung was showered with birthday wishes from his fans who had prepared a special event with fanlights and messages. It’s been reported that Chansung was extremely moved by the event. Furthermore, the members found out about their success on Japan’s Oricon Charts that day much to their delight.

Earlier this week, Chansung also celebrated his birthday with his fellow cast and crew on the set of “Level 7 Civil Servant.” On February 10, he tweeted, “Thank you for celebrating my birthday with me on the set of ‘Level 7 Civil Servant ^ ^ I wasn’t even thinking about, and I was so touched that people prepared this for me despite the busy schedule. ^ ^ I’ll work~ very hard ‘–‘.”