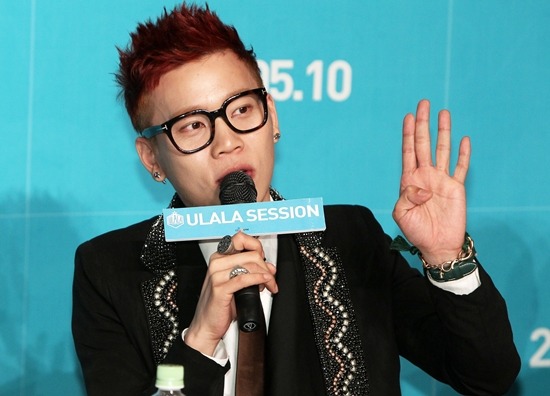 The official twitter of the Blue House, Korea’s executive office and official residence of the president, posted a self-edited picture of the late Im Yoon Taek to commemorate the deceased on February 12. The photo shows Im Yoon Taek smiling brightly in the center with the quote “Do not say you can’t, do not say you aren’t” in the upper right corner. Below the captioned quote, the Blue House wrote, “We pray for the bliss of the deceased.”

The Blue House posted along with the picture, “We pray for the bliss of Im Yoon Taek, who proved that a miracle is possible with his positive attitudes. The deceased participated in an audition program during his battle against stomach cancer and won the competition, sending out messages of hope and dreams to the world.”

It is rather unprecedented that the Blue House publicly posted obituary comment and picture of a popular singer. The Blue House’s twitter post could be translated to everyone’s revering praise of the late Im Yoon Taek’s strong will in achieving his dreams and positive attitude in life.

Im Yoon Taek passed away during his cancer treatment on February 11. Previously, he garnered much attention as a competitor of Mnet “Super Star K3,” for battling against stomach cancer and participating in the competition. He won “Super Star K3” as a member of Ulala Session. In August 2012, he got married and had his daughter Li Dan. Before he passed away, Im Yoon Taek had been sponsoring other cancer patients. Ulala Session’s agency revealed, “Even though he is gone, we do plan on continuing to help those Im Yoon Taek was sponsoring in the future.”