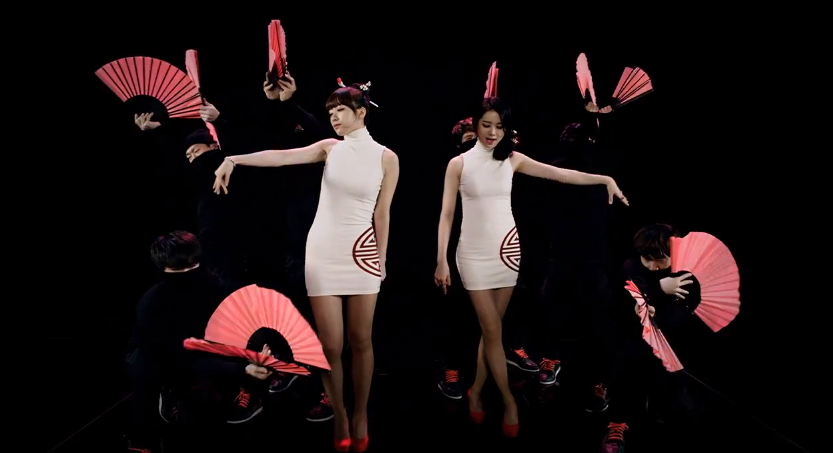 “Good-bye” is about a woman who bids her ex-lover good-bye, telling him it’s over and that he must move on despite lingering feelings for each other. She also reminds him that he must not try to find her because she is no longer his. The music video set design, props and Dasoni’s wardrobe appear to be influenced by Chinese motifs. The fans, hairstyles, graphic designs and tea serving scene in particular seem to indicate that.

EXID
Dasoni
How does this article make you feel?