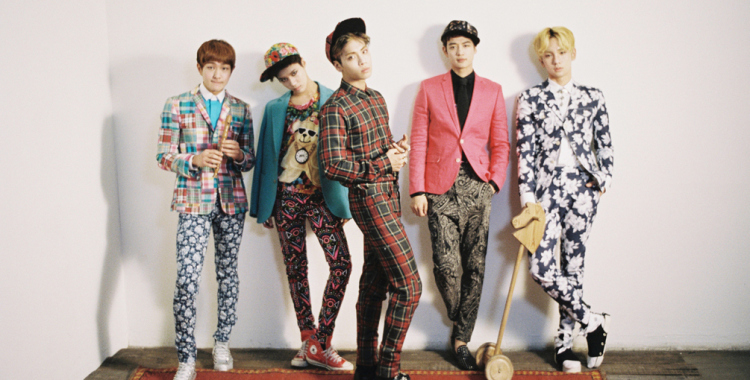 SHINee makes a comeback this year with their third album, “Chapter 1 “Dream Girl: The Misconceptions of You.” It’s been eleven months since their last release. “Sherlock.” There are a total of nine songs in this album including the titular, “Dream Girl.’

B.A.P, who has gained much recognition ever since their debut returns with a new mini-album, “One Shot.” The title track is of the same name and holds lyrics about trying one’s best and always seizing the day. The song starts off with orchestral accompaniment followed by sounds that are expected to ring listeners’ hearts.

Kim Tae Woo sends love to listeners through his latest mini-album, “T-Love.” There are a total of five tracks which hold lyric of various loves stories. It is said that Kim Tae Woo experimented with new genres for this album.

Urban electro band, NU’EST returns with their second mini-album, “Hello.” The boys have come back more mature than ever with their dramatic love performance and music. The title track is “Hello.”

Teen Top, who has released hits after hits has returned with a brand new single, “Want to Love.” It is a minor dance number which hold lyrics about a man who wants to start loving again after getting hurt from a previous relationship.