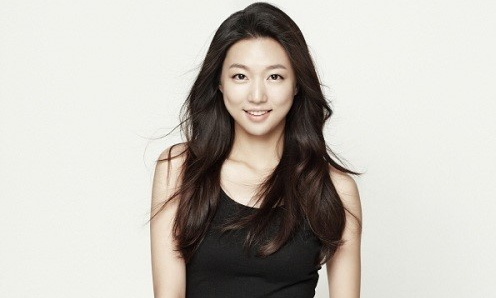 Actress Ha Yun Joo becomes one of the first Korean actors to join the highly exclusive society, certifying her as a genius. Kim Tae Hee has been the representative of beauty and brains because of her Seoul University background, but it looks like her reign might soon come to an end.

Mensa International is the umbrella organization of Mensa, which was founded in 1946 in Oxford, England. The only qualification for membership to the non-profit organization is to have a high IQ. It is open to individuals who score at the 98th percentile or more on supervised IQ tests, which would be at least 130.

On February 19, her agency said through a phone interview, “At the beginning of this year, Ha Yun Joo and her older sister took the Mensa test. She later received a membership letter. Her sister is very brilliant and many have encouraged her to take the Mensa test. Ha Yun Joo took the test out of curiosity and got accepted without planning on it.”

Her side continued, “I realized that she was smart when we hold conversations, but didn’t know she was this brilliant. We’ll do our best so that she could show her superior passion through her acting.”

Reporters got a hold of the star for a phone interview later that day. She said, “The fact that I’m accepted as a Mensa member, which only allows 2% of the world’s brightest is very fascinating. I took the test in January and later received an acceptance letter. I’ve never took an IQ test and applied with my older sister. She wasn’t able to take the test because of personal reasons and I just went ahead with the test.”

She further added, “Because this is my first time taking an IQ test, I just answered it without much thought. After looking at the IQ results, I thought, ‘How great it is that even an actor can receive a score like this. I will do my best to work hard and improve as an actor. Please look forward to it.’”

Ha Yun Joo is born in 1987 and made her debut in 2008 through MBC’s drama “That Person Is Coming.” She also appeared in dramas “Gloria,” “Royal Family” and “I Need Romance” and have worked as 2PM’s co-host for SBS’s “Inkigayo.”