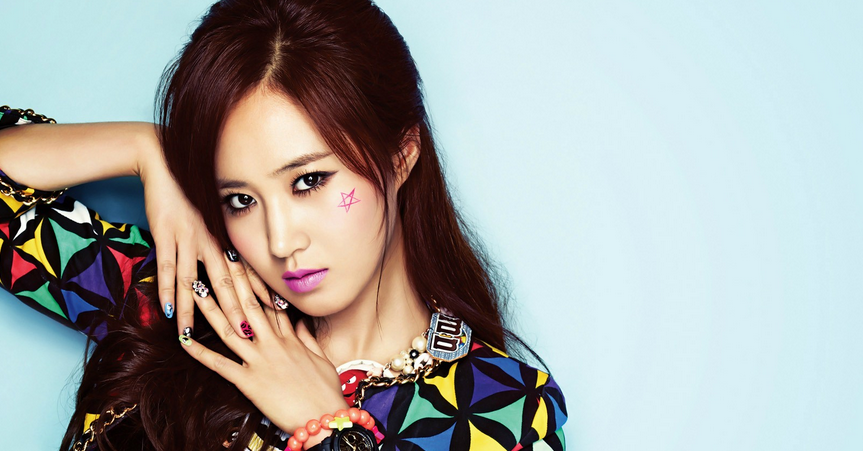 On February 16, Yuri shared on her SNS, “After watching a legally blonde Jessica, I found~ oh my god~ what to do~ I found her ~ hehe next to chic Woods..Embarrassed. Hwaiting until you finish next week!”

She attached a photo of herself next to a cardboard cutout of Jessica as Elle Woods from “Legally Blonde.” As shown in the photo, Yuri mimicked Jessica’s pose and expression as she held up the program to the popular musical. Lucky passerbys who also happened to be at the theatre took photos of Yuri as she walked out.

Meanwhile, Jessica has been busy with her role as Elle Woods in “Legally Blonde the Musical” since last November. She’s been sharing the role with APink’s Jung Eun Ji and musical actress Jung Woo Ri. “Legally Blonde” will be running until March 17th, 2013 at the COEX Atium Hyundae Art Hall.