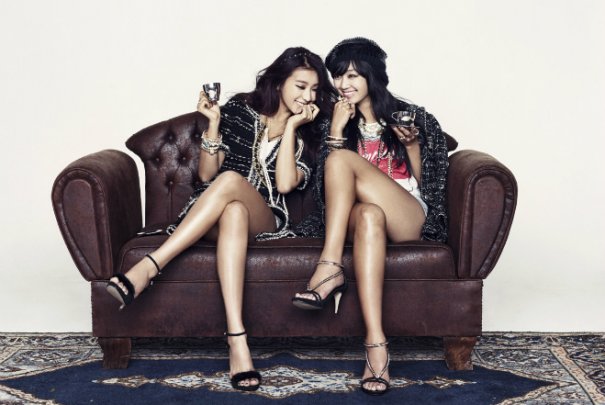 With comebacks from SISTAR19 and Jevice, the debut of EXID’s subunit Dasoni, and Davichi releasing the theme song for “Iris 2,” the undeniable trend for February is female duos. Let’s do a run-through.

SISTAR19 – “Gone, Not Around Any Longer”

The subunit of Hyorin and Bora made a comeback at the very end of January and their song has held the number one spot ever since. Adopting a more urban sound for this comeback, “Gone, Not Around Any Longer” reminds us that Hyorin is one of the best idol singers out there. Featured in this track is a talking segment from Bora, before Hyorin goes back to hogging all of the lines.

SISTAR had the classy fart wave dance in “So Cool” a couple of years ago, and “Gone, Not Around Any Longer” introduces the butt wipe dance. I don’t know what SISTAR is trying to signal to us, unless maybe they’re asking fans to donate them toilet paper. 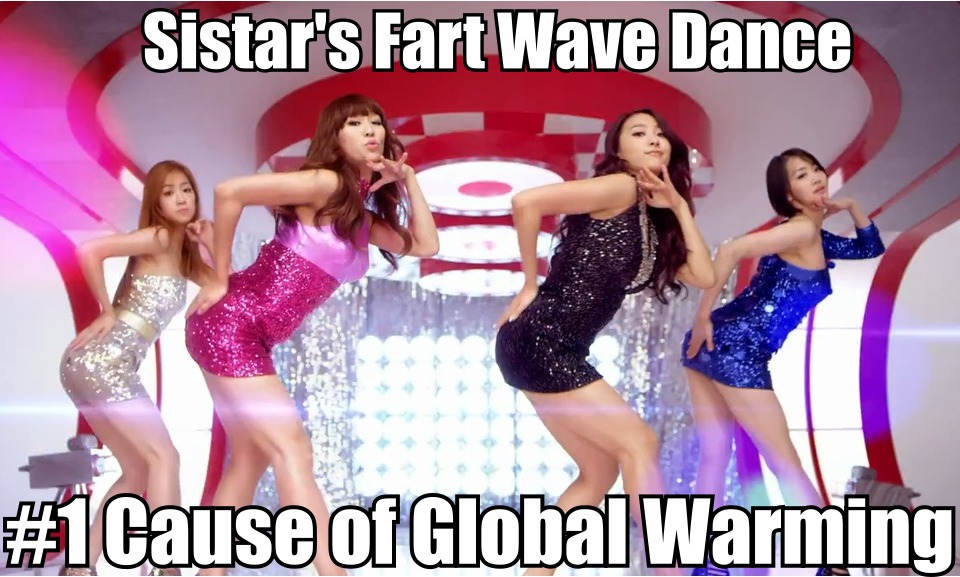 EXID’s subunit features the two vocalists of the group, Solji and Hani. This a pop song that deviates from the hook song trend and instead showcases the mature vocals of Solji and Hani. Shinsadong Tiger shows that he can produce different types of songs with this track instead relying on the hooks he produces for T-ara.

To go along with their sexy look in the MV, Dasoni has a seductive folding fan dance. (Pass a couple to SISTAR and everyone should be set.)

Jevice released an upbeat pop track recently that shows off a different side, deviating from the ballads that they had done before. Dream T still hasn’t given these girls a proper music video yet despite how good their songs have been; instead, we see the girls during their recording session, which works all right because their vocals are good enough to get away with it.

Davichi’s “Don’t You Know” is the theme song for “Iris 2” and another great OST to put on their resume. Over a beautiful piano melody, Haeri and Minkyung portray the sadness within the lyrics of the song. If you’re a fan of any other Davichi song, this is a must listen.

Which is your favorite song released by a female duo this month?

Davichi
SISTAR19
Jevice
Dasoni
Goodbye
Because of U
Don't You Know
How does this article make you feel?