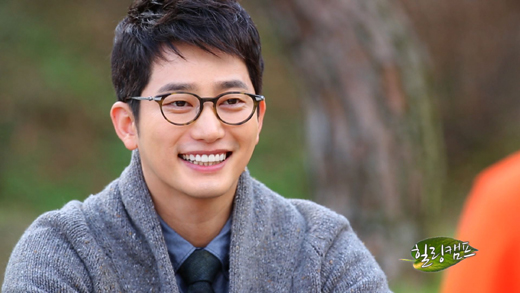 The K-Entertainment world was caught in a media frenzy when popular actor Park Shi Hoo was announced to be sued for rape.

According to the person pressing charges, Park Shi Hoo met with 22 year old “A” through mutual acquaintances. “A” was a trainee in an entertainment agency with dreams of becoming a celebrity. “A” claims that after a night of heavy drinking, she got drunk and blacked out and when she awoke, she found herself in bed with Park Shi Hoo.

On the other hand, Park Shi Hoo’s sources denied this allegation. On February 19, Park Shi Hoo’s side made an official statement about this matter and said, “It is true that Park Shi Hoo was introduced to ‘A’ through a mutual friend and it is true that they drank together. However, they both felt a mutual attraction and spent the night together in mutual consent. It was not rape.”

They continued, “Park Shi Hoo is not ashamed of his stance on this matter and the truth will come to light through investigations. Please wait a little longer.”

To Park Shi Hoo’s fans, Park Shi Hoo stated, “I bow my head in apologies to make you worried.” To the media outlets, he asked, “Please do not write any articles based on assumptions or exaggerations until the police investigation is over.”

This case brings up a few questions since Park Shi Hoo is known to be a lightweight and cannot take in much alcohol. Netizens began to dig up Park Shi Hoo’s past TV appearances where he made statements such as, “I’m not a good drinker,” “It’s been so hard to date after my debut,” and “I’ve been single for seven years.”

Last year, on December 10, Park Shi Hoo was a guest on SBS’s “Healing Camp,” which was his first time on a talk show by himself.

Park Shi Hoo found great success with the dramas, “Prosecutor Princess,” “The Princess’ Man” and “Alice In Cheongdamdong,” and earning nicknames such as “Korea’s most desirable man.” But on the show, he revealed that dating doesn’t come that easily to him.

On the show, Park Shi Hoo shared, “After a three year long relationship in 2005, I haven’t been able to date for the past seven years.” He also said, “It’s been hard to date after I became an actor,” and “I am a guy so I did go on a few dates but it never developed into anything serious.”

Park Shi Hoo’s alcohol capacity is also becoming a hot topic. His colleagues from past projects also acknowledged that Park Shi Hoo is not a good drinker. Previously, fellow actor Jung Jae Young spoke at the press conference for the film, “Confession of Murder” and said, “He [Park Shi Hoo] really can’t drink. He pours about 1/4 of beer into a glass and fills up the rest with soda. He can last about 2 hours with that drink but his face becomes very red.”

Park Shi Hoo also shared a story about how he drank with Lee Byung Hun in the past. He said, “I was drinking and I had about one and a half glass when all of a sudden, Lee Byung Hun appeared. He started to pour me a glass but I honestly told him that I couldn’t drink,” and “I think as a senior, he probably thought I was being disrespectful as a junior. To make things worse, I started to doze off while he was there. But through that, we got to know each other more.” He also stated, “I always fall asleep when we’re drinking so my seniors joking say, ‘He’s such a consistent sleeper.’ But it’s not because I’m arrogant but it’s because I’m really weak with alcohol.”

Stay tuned to Soompi for more updates on this case.