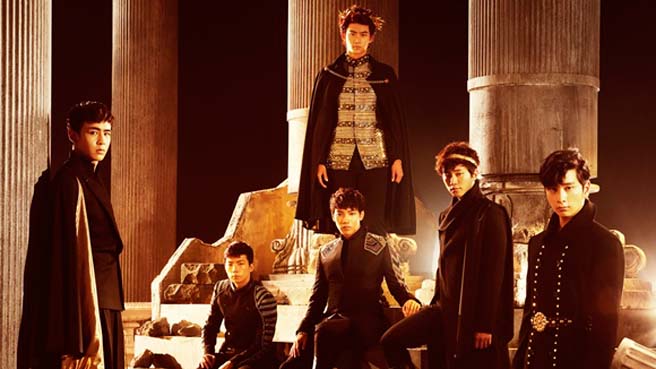 On February 18, 2PM appeared at the first place of the weekly charts of Oricon, HMV, and Tower Records. Music industry officials were highly impressed that 2PM was able to accomplish this within the first week of the release of “Legend of 2PM.” Especially on the Oricon charts, 2PM took the lead with a great difference between themselves and the second place.

2PM thanked their fans, “We are very surprised and happy to have topped Oricon, HMV, and Tower Records weekly charts. Thank you so much for all your love and support. We will always try our best to reciprocate the love and support.”

Meanwhile, 2PM will be continuing their arena tour until February, gathering nearly 150,000 fans in the audience. They are also scheduled to host a large scaled concert, attracting 110,000 fans, at the Tokyo Dom in April.

2PM
Legend of 2PM
How does this article make you feel?