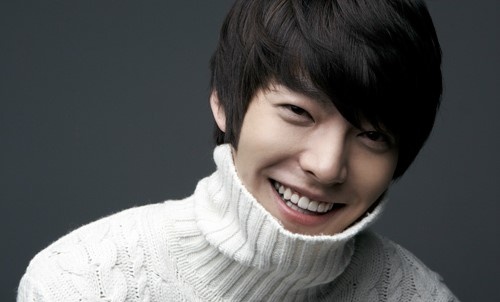 Model/actor Kim Woo Bin is high on the list of casting calls to be the male lead of the upcoming sequel film, “Friends 2.”

On February 19, according to many industry sources, Kim Woo Bin is very likely to be cast for “Friends 2,” which will start shooting in April. Kim Woo Bin would be playing the son of Jang Dong Gun, who was the main character in the first “Friends” film.

Kim Woo Bin’s agency spoke with TV Daily and said, “We are positively looking over the project,” and “We will be having a meeting with the film production team and talk about the casting then. The casting is not finalized at the moment.”

Besides Kim Woo Bin, actors Joo Jin Mo and Yoo Oh Sung has been confirmed for the film. Joo Jin Mo kept his ties with the film’s director, Kwak Kyung Taek from a previous film whereas Yoo Oh Sung was one of the leads for the first “Friends” film.

The scenario to the sequel, “Friends 2,” is all set to go and the story line will continue from the prequel, as Yoo Oh Sung will play the same role.

Kim Woo Bin has been part of the successful KBS drama, “School 2013.”