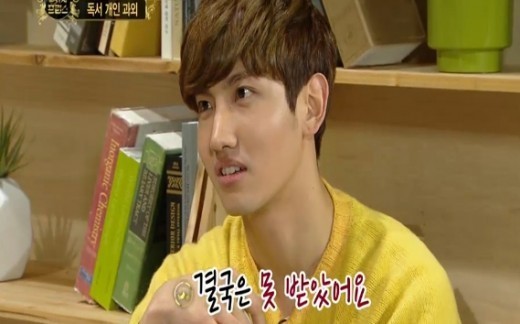 Changmin Loaned Over $10,000 to a Friend But Never Got Paid Back

During the conversation, Changmin shared an unpleasant experience he had in the past. Changmin stated, “An acquaintance asked to borrow money from me, so I loaned him over $10,000.”

He continued, “I didn’t expect him to pay it back when I gave him the money. But when I really didn’t get the money back, it still didn’t feel right.”

To Changmin’s story, Lee Jae Ryong showed sympathy and admitted that he also had many similar experiences. Lee Jae Ryong stated that that was why he gave up all his financial control to his wife.

Meanwhile, in addition to Lee Jae Ryong, Lee Hoon appeared as one of the guests on “Moonlight Prince” and shared his experiences.