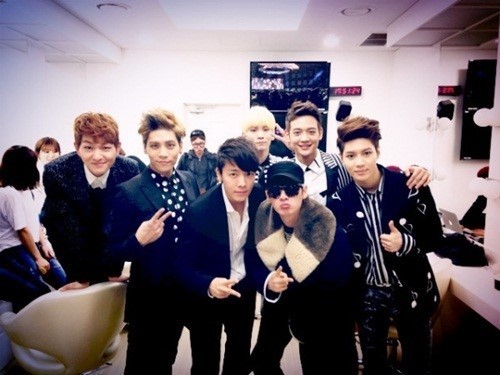 On February 19, Super Junior’s Eunhyuk tweeted a group photo with the caption, “SHINee’s back! Dream Girl! I like it!”

In the revealed photo, Eunhyuk and Donghae pose in the center of the front row while surrounded by the members of SHINee. The senior artists showed a close family-like relationship with their junior artists by remembering to cheer them on despite being busy with their own schedules.

SHINee just released the music video for “Dream Girl” which will be the start of their promotional activities for their third full-length album, which was announced for release in two parts to the excitement of fans.

Check out the music video for “Dream Girl” below!

SHINee
Eunhyuk
KPLG
Dream Girl
How does this article make you feel?