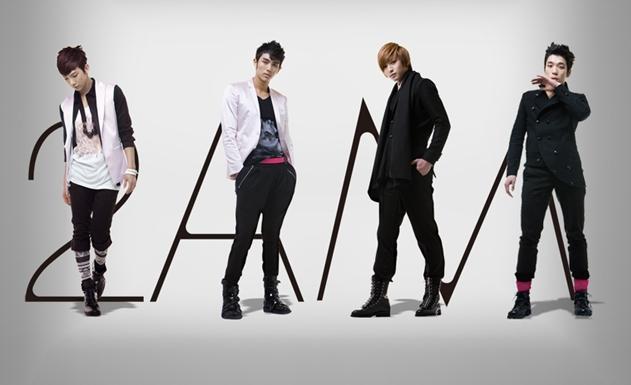 2AM and Yiruma at the Recording Studio

2AM recently met up with renown pianist Yiruma in a recording studio where this picture was taken on February 21.

It is the first time Yiruma has ever collaborated with 2AM, and their track will be featured on 2AM’s upcoming album “One Spring Day.” It was reported that the atmosphere was cozy and friendly between 2AM and Yiruma as they tossed ideas back and forth.

In the first photo, Yiruma can be seen thinking deeply about his piece with 2AM and in the second photo, Yiruma and Jokwon appear to be laughing at something being said in the recording studio.

About their unique collaboration with Yiruma, 2AM expressed their content with the product of their efforts saying, “We think this is the first time ever that we’ve had such a soft and friendly atmosphere in the recording studio. Not only that, we were able to record an incredibly warm and sensitive track that is guaranteed to touch your heart.”

2AM’s next album “One Spring Day” is scheduled for release on March 5.

2AM
Yiruma
KPLG
One Spring Day
How does this article make you feel?