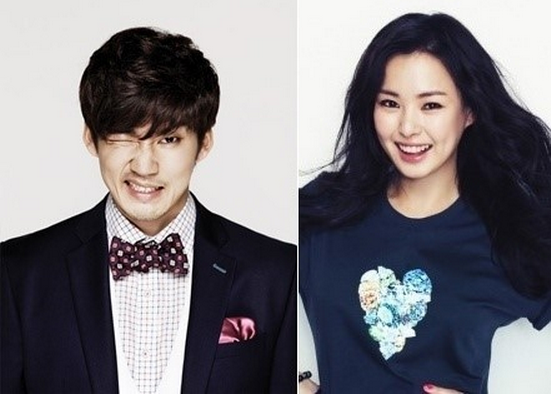 Idol-turned- actor Yoon Gye Sang and Miss Korea-turned-actress Lee Honey recently admitted that they have been dating for about a month.
It’s been revealed that they have been pretty open about their relationship to their close friends and family, freely dating and showing their newly developed feelings for each other.

On February 22, both their agencies acknowledged their status, confirming, “The two have developed feelings for each other. They’ve met each other for the first time last year at the Busan film festival. They realized they had several mutual acquaintances and became friends.” The reps continued, “They’ve been dating for a month now and are in the process of getting to know each other.”

The two actors were rumored to be dating earlier this year after the press belatedly found out that both stars went to Bali. Back then, both denied the dating rumors. Regarding their romantic vacation, the agencies stated, “At the time, the two really were not dating. They left the country for their own personal schedules.”