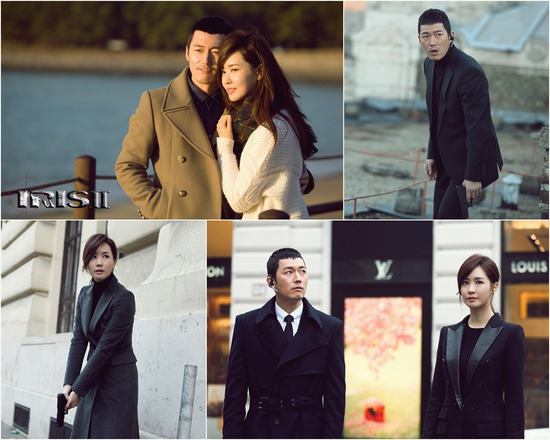 KBS’s entertainment program “Celebrity News” aired a segment on February 23 where the a reporter took the viewers to the filming set for the drama “Iris 2.”

During a brief interview with actress Lee Da Hae, the reporter mentioned the recent kiss scene between her and Jang Hyuk that received a lot of attention. To this, Lee Da Hae said leisurely, “It was just a kiss scene.”

She continued, “But I think Jang Hyuk was really embarrassed. He kept turning away from the camera, as if he is hiding. The back of his head was all we could see on camera.”

Afterward, a short behind-the-scene video of the kiss scene was shown. Just as Lee Da Hae had revealed, Jang Hyuk appeared awkward and uncomfortable, causing the crews at the set to laugh.