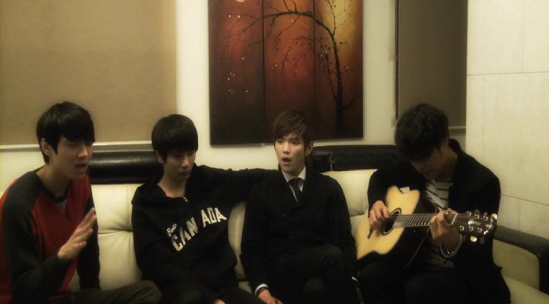 It’s a great compliment when another boy group covers your own song!

On February 24, Tritops entertainment company uploaded a video of the group doing a special cover of SHINee’s newest track “Dream Girl” on their official YouTube channel. They rearranged the track to show off the members’ vocal talents. A member of Tritops plays the guitar and all the members participate in creating neat harmonies often heard in SHINee’s previous songs.

All netizens were full of praise with their rendition. Some even went to the extent that they sing the song better than SHINee while other fans vote that the two different styles can’t be compared.

Meanwhile, Tritops released their latest single “Too Foolish for You” on February 20.

SHINee
KPLG
Tritop
How does this article make you feel?