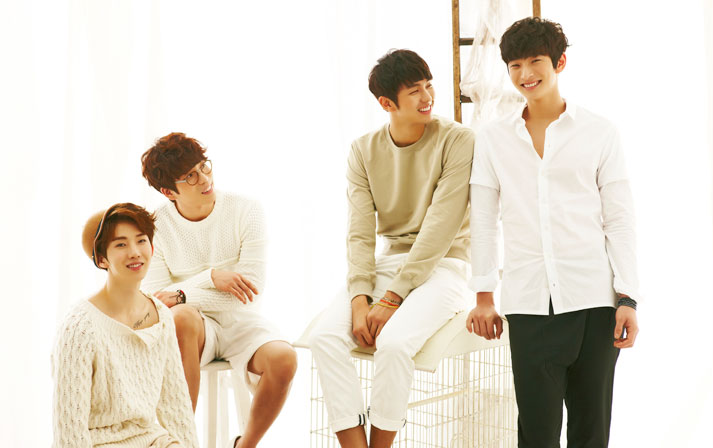 The following excerpt, schedule and photos can be found on 2AM’s Naver Music page:

“2AM first knocked on the doors of listener’s hearts with their 2008 hit ‘This Song’! It’s hard to believe that 5 years have passed since their debut. The quartet has once again prepared for fans music that is bound to melt the winter frost and herald the warmth of spring. 2AM collaborated with Epitone Project, Yiruma and No Reply‘s Kwon Soon Kwan for their latest album. The collaboration of talented musicians and vocalists has been garnering great interest from fans.”

“Here is the schedule of 2AM’s promotional teasers for fans!

2/28: A medley of highlight moments from 2AM

3/5: Interview on composition of music and lyrics released”

The images on 2AM’s music naver site have also been included below:

2AM
KPLG
Naver Music
One Spring Day
How does this article make you feel?