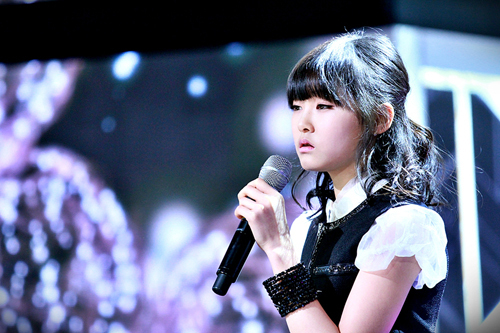 SBS “K-Pop Star 2” has certainly been a roller coaster ride for the contestant Shin Ji Hoon. She has been juggling singing with her figure skating career. Before the “Top 10” of the show were chosen she was dropped off because she ended up crying while she was singing. Then, as Kim Do Yeon unexpectedly dropped off the show, she was chosen to be a part of the “Top 10.”

On the February 24 live episode of SBS “K-Pop Star 2” Shin Ji Hoon sang Michael Jackson’s “You Are Not Alone.” However, during a part where she had to sing a high note she went off key. When she made the mistake she smiled it off.

The judge JYP asked her, “How can you keep making mistakes?” But he also gave her praise by stating, “You are now singing and making sounds like your whole body has opened up.”

For this episode, Lee Jin Woo and Sung Soo Jin were dropped.

KPLG
K-Pop Star 2
Shin Ji Hoon
How does this article make you feel?