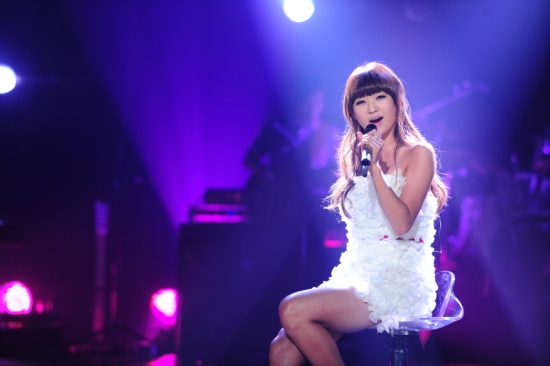 On the most recent episode of music talk show Mnet “Beatles Code,” Alex from Clazziquai and SISTAR 19 appeared as guests. Hyorin revealed her ideal type of man on this episode and garnered much attention.

Bora first said, “Hyorin prefers masculine and muscular type of guys.” Upon Bora’s comment, MC Jang Dong Min said, “I have muscular cheekbone.” He continuously tried to win Hyorin’s affection throughout the filming that Hyorin decided to be in a couple with him during the filming.

Also on this episode, Alex talked about how an interested investor suggested opening a foot massage salon with him. Previously, Alex washed his virtual wife Shin Ae‘s feet on the first season of MBC “We Got Married” and garnered much attention for being such a romanticist.

This interested investor even came up with an idea of Alex washing a lucky customer’s feet who wins the raffle event at the foot massage salon. Alex commented, “I turned down the offer at the time. But now that I think about it, I think the business might have done really well.”

Alex also admitted that he is still the same romantic boyfriend he was years ago. He said, “I do often give foot massages to my current girlfriend. I put frozen lemon slices on the heel of her feet while rubbing her foot to have her relax.”