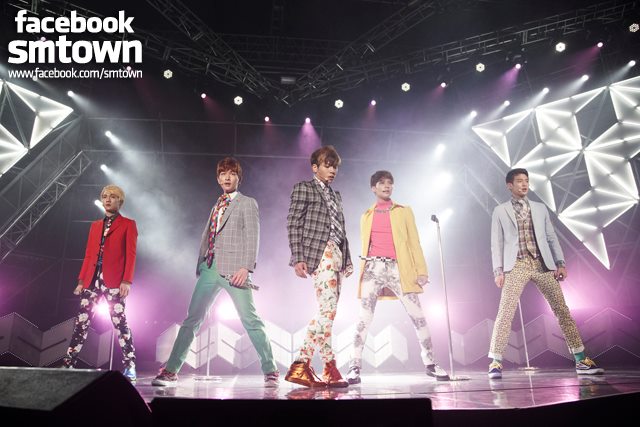 SHINee, having made their “Dream Girl” comeback performances this past weekend, have now also revealed their comeback showcase on SM Entertainment‘s YouTube channel. The event, which was held at on February 20 at Olympic Handball Stadium in Seoul, featured performances of their new tracks and special talk segments.

According to the video’s description, “The 3rd album is released in two packages: Chapter 1. ‘Dream Girl-The misconceptions of you’ and Chapter 2. ‘Dream Girl-The misconceptions of me’, and Chapter 1 and Chapter 2 have hidden keywords organically related with each other that the album gives the fun of finding and connecting keywords and interpreting them in a variety of ways, and it also satisfies the diversity that a full-length album can have, the story-like element, the fun of listening, and even the value of the album itself.”

It continues on to say “The title song, ‘Dream Girl’, is the most SHINee-like song in acid electro funk genre and is a work of Shin Hyuk who is famously known as the producer of the worldwide pop star, Justin Bieber, and his team of composers, Joombas Music Factory. The exquisite combination of the charming voices of SHINee and the thrilling melody is impressive, and with the wonderful performance that only SHINee can give, it will definitely capture the eyes and ears of the music fans.”