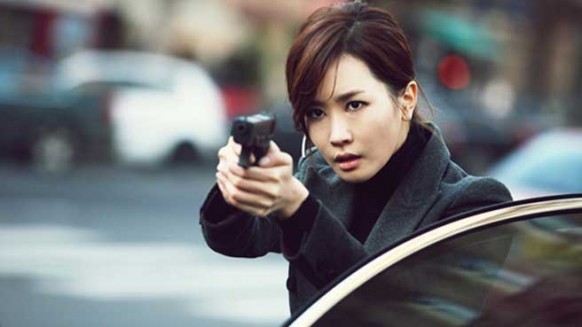 The photos, which are from the episode that will be aired on February 27, include actress Lee Da Hae in a sexy black outfit. She is wearing an off-shoulder knitted sweater and a pair of tight leather pants, and has her hair in a simple pony tail style. Unlike the boyish looks she displayed in comfortable outfits in the recent episodes, Lee Da Hae shows off her femme fatale charms in these photos.

One of the drama crew members revealed, “Until now, Lee Da Hae has shown the character’s boldness. In the upcoming episodes, she will be completing a mission that requires her to use her feminine charms. She will be spectacular, and so please look forward to the future episodes.”

Lee Da Hae
KPLG
iris2
How does this article make you feel?