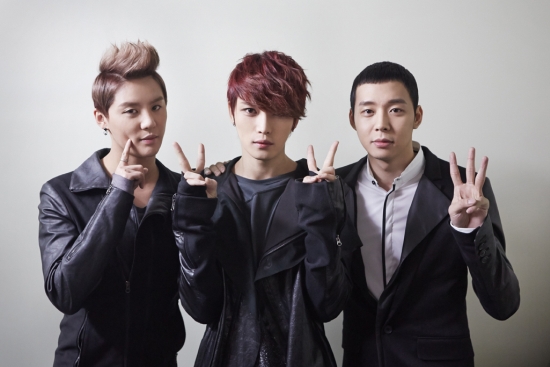 JYJ Donates Proceeds from Being Goodwill Ambassadors to KBEE2012 to UNICEF

Really, JYJ should be called charity-dols! Recently they donated all of the proceeds they received from being goodwill ambassadors to the “KBEE2012.” (Korea Brand & Entertainment Expo) The “KBEE2012” was held at Osaka, Japan in November, 2012.

The “Ministry of Knowledge Economy” even awarded JYJ for their efforts as goodwill ambassadors.

JYJ’s Jaejoong stated, “I was happy to be part of the meaningful dialogue between South Korea and Japan through the KBEE. Now we plan on thinking about our neighbors going through hard times, we wanted to give what help we could to children in the world through UNICEF.”

The director of UNICEF in South Korea stated, “Despite the fact that JYJ was busy because of a National event as goodwill ambassadors, they still gave time by joining the ‘Awoo Campaign,’ through that they passed on the spirit of giving to fans. I was very surprised when JYJ donated all of their proceedings. I believe that their warm hearts will be able to give a warm energy into this cold society.”

On March 5 an event will be held where JYJ will officially give the donation to UNICEF.

(Just for reference, the Awoo campaign gives 6 different vaccinations and a malaria mosquito net to children in impoverished countries.)

JYJ
Unicef
KPLG
Awoo
How does this article make you feel?