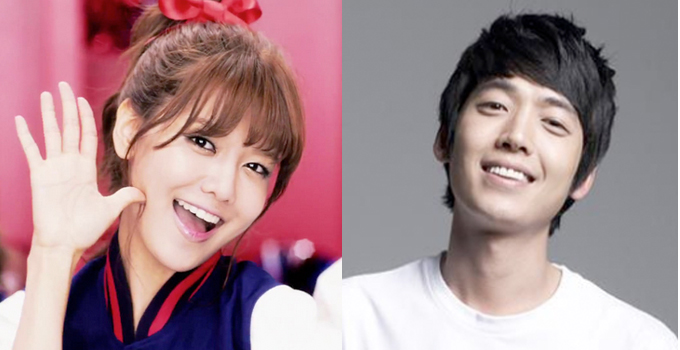 It’s been reported that Girls’ Generation’s Sooyoung (23) and actor Jung Kyung Ho (30), who starred in dramas like “Smile You,” “Road Number One,” and more, are in a relationship!

On February 27, local media “Sports Seoul” reported that the pair has been dating since the beginning of the year.

Following his discharge last September, Jung Kyung Ho had said that Girls’ Generation had been a big strength to him in the army and thanked Sooyoung. According to the report, they became acquaintances last year through mutual friends. The couple enjoyed going to the movie theater for their dates, wearing normal street clothes and hats to avoid bringing in too much attention.

Sources who knew the couple well said, “The two really didn’t care about other people finding out, so their close friends were worried for them. Just like any other couple, they went to the theater for dates and introduced each other to their friends.”