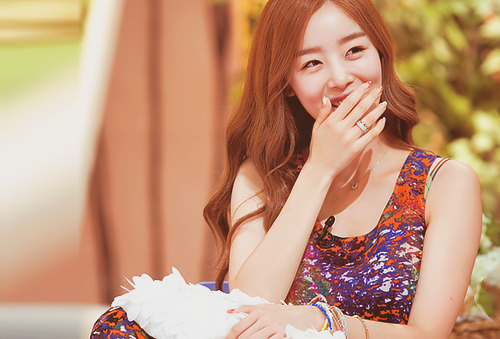 Secret’s Sunhwa Had Emotional Difficulties as an Idol

On KBS’s “Moonlight Prince” that aired on February 26, Secret’s Han Sunhwa and actress Yoo In Na appeared as special guests.

As a more experienced idol, DBSK’s Changmin gave advices to Sunhwa on how to survive as an idol.

Sunhwa revealed, “Every morning, I start the day by going to a beauty shop to get ready, and then all day I follow the busy schedule. At some point, I felt like I was a hamster on a wheel. I realize that I should be thankful, and I am. But after doing this for so long, I couldn’t help but ask myself, ‘Am I just a machine?’”

She continued, “There were times when I wanted to commit myself to a mental hospital. I started my career at a much younger age than many of my friends, and I have learned early on that I have to continuously smile and behave a certain way in front of people. I had to act youthful like a child sometimes, yet other times I had to act mature like an adult. It was really difficult for me.”