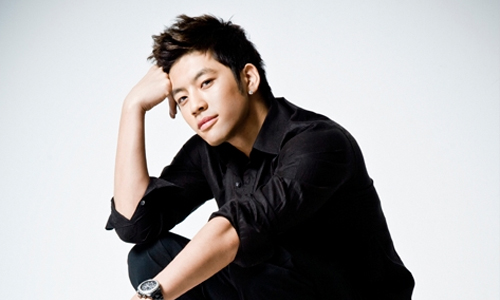 Good-Bye Se7en! Se7en to Enlist in Army Next Month

Se7en will be enlisting for his mandatory military service next month.

On February 27, Se7en spoke with E-Daily and said, “I recently received my enlistment papers. There is no reason to push it back any further so I will be enlisting.”

Although Se7en is eligible to serve as a public service worker, he will be enlisting as an active and full service soldier. He will be serving in the supplies unit at Euijungbu for 21 months.

Se7en commented, “I wanted to be the one to tell all my fans who showed me so much love for all this time,” and “I will publicly announce my enlistment date at my concert.”

Se7en will be throwing a talk show concert called “Thank U” to commemorate his tenth year anniversary of debut on March 9. Tickets for this show have already been sold out. In order to get closer with his fans for the last time before his enlistment, Se7en decided to hold a smaller and more intimate concert.

Last month, Se7en shed tears during his concert in Japan. During the concert, he announced his plans for enlistment to his fans.

Se7en debuted in March 8, 2003. He sky-rocketed into fame as soon as he debuted with success. He held his solo concert for the first time in 2007. He is currently enrolled in the sports management program at Kookmin University. He also runs a successful chicken restaurant business. He is currently dating actress Park Han Byul for the 11th year.

Se7en
KPLG
How does this article make you feel?