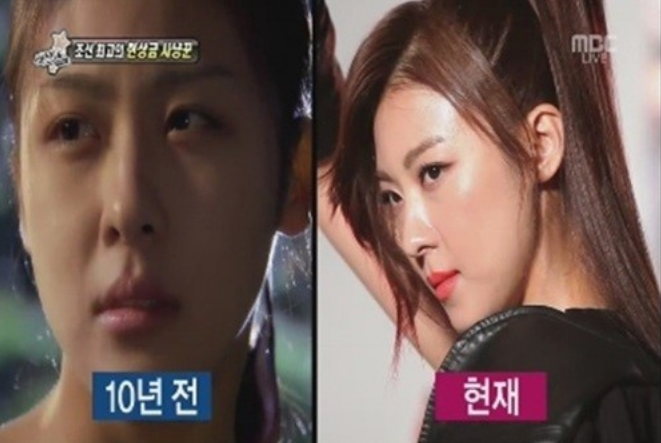 On the recent episode of MBC’s “Section TV Entertainment News” that aired on March 1, actress Ha Ji Won was interviewed during the photoshoot of poster for the film “The Three Beauties of Chosun.”

When Ha Ji Won was asked to explain how she has not changed in appearance in 10 years, she answered, “It must be the cold shower.”

Ha Ji Won continued to explain, “Ever since I was young, I developed the habit of showering with cold water. Even if it is below freezing temperature outside, I always have cold showers.”

Then the reporter joked, “But I heard that you always wear extra clothes underneath in winter.”

Meanwhile on this episode of “Section TV Entertainment News,” G-Dragon was also interviewed at his commercial set.

Ha Ji Won
Section TV Entertainment News
KPLG
The Three Beauties of Chosun
How does this article make you feel?