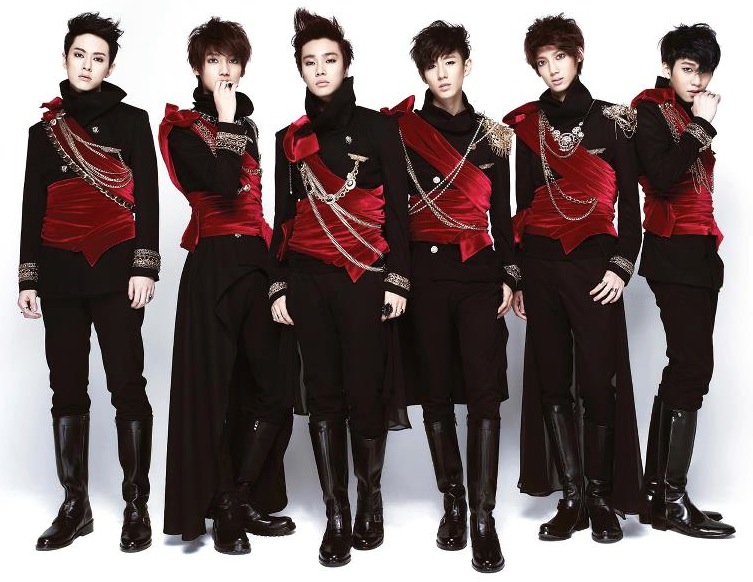 [Opinion] Breaking Even in the K-Pop Business

Hello folks, Soompi is proud to announce a new series of original and reposted guest content from our favorite new site, The One Shots. The One Shots are fairly new but are already gaining recognition for their irreverent but clever insights into K-Pop, and you should definitely check them out. For our latest The One Shots article, we have editor Salima’s take on what it means to break even in the K-Pop business. Enjoy!

A couple of weeks ago, Boyfriend told the hosts on talk show Beatles Code 2 that they don’t make any money. They have yet to “break even,” one of the members said. Now, I’m no huge fan of Boyfriend – mainly because I feel like a creepy noona when watching these kids perform – but they surely have fans. And while their merchandise may not be flying off of the shelves like Big Bang’s or Girls’ Generation’s, they’ve done well enough to earn themselves some sort of monetary return. Right?

So what did Boyfriend mean when they said they have yet to “break even”? It could probably mean a lot of things, but I’m sure a lot of it has to do with the pressure to turn a profit after the company has already spent hundreds of thousands of dollars promoting them, shipping them around the world, and training them.

After reading the Boyfriend article, I had a conversation with a K-Pop fan about B.A.P. She mentioned that the B.A.P members would probably end up paying for that over-the-top, $1 million “One Shot” video TS Entertainment commissioned. She hypothesized that the boys would have to pay it back with more countless comebacks and restless three-hour nights of sleep. She wondered if B.A.P was bearing the brunt of TS’s spendthrift ways. After eight comebacks and three mini-albums, isn’t it safe to say that the group has already paid its dues?

The very concept of idol groups having to “pay back” their companies in order to “break even” is mind-blowing to me. There are tons of horror stories about how some idols don’t get paid enough by their companies or simply don’t get paid (*cough* DBSK and Block B *cough*). But let’s leave that topic for another day. Instead, let’s talk about what entertainment companies do spend their money on and how their money mismanagement leads to the inconvenience of idols and their fans.

When Boyfriend said that they hadn’t “broken even yet,” what they most likely meant (at least in part) was that they hadn’t paid off the expenses from their trainee days. When trainees are taken in, the company takes care of them in all respects: food, housing, clothes, and schooling, and most important, training. And not every trainee gets to debut. So when an entertainment company takes in 100 trainees and pays for their room and board – sometimes for as long as ten years – someone is expected to pay that back.

And here’s the added catch: many of the trainees these companies take in have little to no experience singing, dancing, or composing. Hence the reason companies spend years teaching them basic skills, like how to sing on key.

We’ve all heard the stories about entertainment company recruiters seeing a kid on the street and saying to themselves, “That kid looks like a star!” It’s how 2PM’s Nichkhun, Girls’ Generation’s Jessica, and T-ara’s Dani were discovered. But why would entertainment companies spend so much money training kids who can’t sing or dance from the very beginning? Isn’t it more efficient for them to train kids with singing and dancing abilities for a few months rather than spending loads more on talentless kids for ten years? Wouldn’t that be common sense? I don’t get it. Maybe I’m missing something.

It’s not like entertainment companies are struggling to find talented trainees. B.A.P’s Daehyun spent just six months as a TS trainee before debuting and is an amazing live vocalist. He was talented before he got to TS. Meaning they theoretically didn’t have to spend as much money on him. And he, again theoretically, wouldn’t have to spend so much effort paying his company. Doesn’t that sound like a much better deal for everyone?

Out of all of EXO-K’s members, Baekhyun and D.O. have spent the least amount of time as SM trainees. And these are the two who dominate much of the vocals on any given EXO-K project – and are damn good at it. Baekhyun was added relatively last minute – part of me likes to think that Lee Soo Man looked at his EXO roster and realized he had no outstanding singers.

But how does that happen? How does a company spend so much money training kids with no talent, while power vocals like Jo Kwon take ten years to debut and solid singers like Yoseob experience major difficulties just to get signed?

Of course, companies also spend money on things other than their trainees, but I imagine a large chunk of their cash goes to that. My point is, it would cost a lot less money to foster the talents of these already-talented kids. And when entertainment companies spend less money on these trainees, once they’ve debuted, they don’t have to worry about paying back ridiculous amounts of cash to their companies. It’s a win-win situation. And it’s simple economics: put your money into a good investment and you’ll reap generous rewards. Until entertainment companies can learn to do that, they’ll be struggling to make real profits while their artists scramble to make due on their debts.