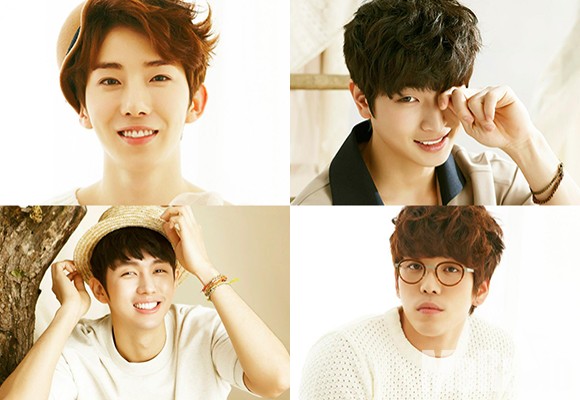 2AM makes a comeback after one year with their second full-length album, “One Spring Day.” It’s been five years since their debut. The group worked with famous musicians along the likes of Epitone Project, Yiruma, and No Reply’s Kwon Sun Gwan.

Ock Ju Hyun makes a comeback this year with a new mini-album titled, “Reflection.” The title track is “Shadow Play,” a hybrid waltz number composed by Jung Seok Won and penned by Kim Ina. The song incorporates both the classical piano as well as contemporary instruments. The song is about lovers who are separated by death. Another song in the album is “Daddy’s Pillow,” a song about family and love, particularly about fathers.

Girl group, D-Unit releases their second mini-album, “Affirmative” after seven months since their debut. There are a total of seven tracks including the titular, “Say It To My Face.” This rock, hip-hop hybrid number was composed by Block B’s very own Zico, who is also featured in this track.

Ali remakes Hyun In’s “Rainy Gomoryeong,” a hit single which was first released in 1948. The song was composed by Park Shi Chun and penned by Yoo Ho. With the help of Double K and Yankie, Ali gives this song a hip-hop flavor. The singer does a great job bringing out the sad emotions to this song.

2AM
Ali
Ock Ju Hyun
New Albums and Singles Preview
D-unit
How does this article make you feel?