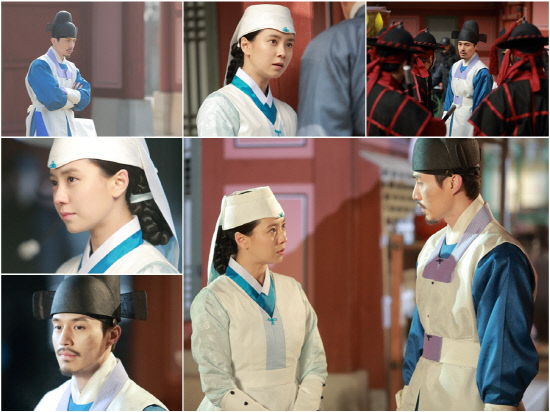 Stills from the first filming set of the new KBS drama “Heaven’s Order” were released on March 4. Filming for the historical drama began on February 27.

The drama revolves around the doctor Choi Won (portrayed by Lee Dong Wook) being swept up in the assassination by poison of King Injong. (Weird Fact: During the Joseon period nearly 25% of the kings were actually assassinated by poison) The doctor Choi Won needs to clear his name because he is associated with the murder and he tries to figure out a way to heal his daughter who has caught an incurable disease.

After the first round of filming Lee Dong Wook stated, “This is the first time that I am doing a historical drama so I was very nervous. However, the filming felt good because the chemistry among the actors was very good. Because I am working with excellent staff and actors, I will try even harder.”

Song Ji Hyo who plays a female doctor/nurse on the drama stated, “The filming setting was very nice. The chemistry among the staff and other actors/actresses was great. It felt like we had been doing this together for a long time. The filming set and the script are a lot of fun. The chemistry with everyone is so great that I think this is a good ensemble. I hope you anticipate the drama!”

“Heaven’s Order” will have its first broadcast at the end of April. It will replace the timeslot of “Iris 2.”