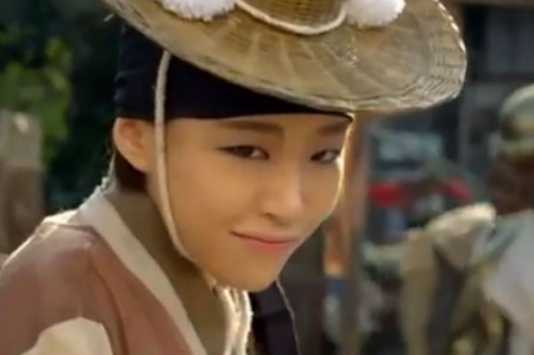 On various online community bulletin boards on March 4, a teaser for the upcoming movie “The Three Beauties of Chosun” was released. As an action-historical film, it is gaining a lot of attention, especially due to its casts, which Include Ha Ji Won, Kang Ye Won, and Brown Eyed Girls’ Ga In.

Many fans are excited to see Ga In in her first main acting role. As a member of Brown Eyed Girls, and also as a solo singer, Ga In has shown her acting potential both on the stage and in music videos. Ga In is to play the role of “Ga Bi,” an impulsive leader of the group of three beauties.

In the teaser, however, the viewers are finding Ga In’s appearance to be inappropriate. Despite the fact that this is a historical film, Ga In still has her signature smoky eye makeup as well as her short and highlighted hair. It is true that “The Three Beauties of Chosun” is a fusion-historical movie, however the fans are still disappointed at the lack of attention to the details.

Netizens that saw the teaser commented, “It looks like a scene from a variety program,” “So this is set in Chosun era?” “It’s not just Ga In, but all the other actresses’ hair is dyed too.”

Ga In
KPLG
The Three Beauties of Chosun
How does this article make you feel?