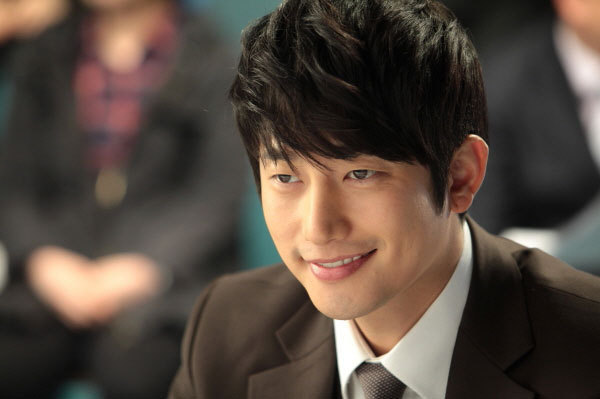 Park Shi Hoo is currently involved in a whirlwind of lawsuits including alleged sexual assault, the false accusation and attempted manace of the alleged rape victim “A,” her friend “B,” and the CEO of his former agency Eyagi Entertainment.

Friend “B” agreed to have an interview with Sports Seoul. In this interview, “B” argued that the victim “A” and CEO Hwang of Eyagi Entertainment met prior to filing for a lawsuit against Park Shi Hoo and CEO Hwang encouraged the idea. With “B”s clarification, the reasons behind Park Shi Hoo’s lawsuit against all three individuals are fully revealed.

“B” explained the meeting between “A” and CEO Hwang by saying, “‘A’ and CEO Hwang met two days after the initial incident, on February 16 at a cafe in Seoul. CEO Hwang comforted ‘A’ saying, ‘Park Shi Hoo is a bastard. Let’s teach him a lesson. You must be hurt.’ And then he told A to go report Park Shi Hoo at the police station.”

According to “B,” this meeting was organized by another entertainment agency CEO “C.”

“B” continued explaining her involvement in the case and said, “‘A’ called me saying that she’s been raped by Park Shi Hoo. When she called me, I was already on my way to meet CEO ‘C,’ with whom I have been good friends for quite some time now. I was so surprised by this news, so I told CEO ‘C’ and asked him what to do. ‘C’ said, ‘This is good. CEO Hwang’s been looking for a chance to get back at Park Shi Hoo. Let’s get some help from him to deal with this situation.’ I thought it was a good idea since ‘A’ is a woman and not as affluent or powerful as Park Shi Hoo is. So I told ‘A’ that we should meet up with CEO Hwang.”

Friend “B” added that the meeting between CEO Hwang and “A” was not premeditated and CEO Hwang asked CEO “C” to take “A” to the police station after their meeting.

When confronted with such rich information from “B,” CEO Hwang of Eyagi Entertainment denied his alleged support for “A” in the case. During a phone interview with Sports Seoul, CEO Hwang stated, “It is true that I met with ‘A,’ but it was to figure out the exact situation and possible solutions to the problem. I met with her for about 5 minutes only. That’s it. I comforted ‘A’ since she was so shaken, but I didn’t say anything that ‘B’ is accusing me of saying. I got nothing to hide. It’s 2000% false. I got most of the information about the situation from CEO ‘C’ and told Park Shi Hoo. When I learned that Park Shi Hoo’s side of the story is different from ‘A’s story, I tried to find a middle ground. What ‘B’ is saying is not true at all. CEO ‘C’ also thinks that ‘B’ is not completely trustworthy.”

Then why would Park Shi Hoo sue CEO Hwang, too? CEO Hwang answered, “I have no idea why Park Shi Hoo decided to file a lawsuit against me as well as the two women. I think there has been a mistake as he switched law firms.”

Meanwhile, “B” also opened about the alleged demand of 1 billion Korean won of “A.” She explained, “When I heard this sad news, that my poor friend has been mistreated by a celebrity, I told her that ‘He’s a bastard. We need to get something out of it, whether that is 1 billion Korean won or him losing his status.’ But the text messages after that has been omitted. I said to her, ‘You need to do this right. You look like you are completely blanked out, so at least act sad or something.’ She responded, ‘Okay, I’ll look like I’m sad,’ to which I responded back saying, ‘This is a sad thing. You don’t need to look anything, just show him how you feel.’ This whole conversation has been omitted.”

“B” added, “People think ‘A’ and I are trying to make some profit out of this lawsuit. I’m getting really confused right now, too. The stories ‘A’ told me, what the media has discovered so far, and her text message conversation with Park Shi Hoo’s friend don’t come together. They just don’t line up. So I’ve stopped talking to ‘A’ altogether.”

EYAGI Entertainment
Park Shi Hoo
KPLG
How does this article make you feel?